Couldn’t have said it better myself! Thanks to Inks & Thinks.

Luckily for the state of my emotional sanity, there’s a good coffee shop just across the road from work. One morning, nothing seemed to be going right for anyone, and we were potentially about to be told we needed to incorporate major changes at the last minute. This meant uncertainty all round and a limit to how much productive work any of us could do.

As silly as it might sound, I was seriously exhausted by lunchtime. Given that there was heavy rain, a long, (re)invigorating walk was contraindicated. So I ducked across the road and, yeah, while the large coffee was a part of the solution, the warm, cosy, relaxed atmosphere was equally helpful. I sat back for a few minutes and let someone else do the work with neither mobile phone nor computer screen to bother me.

By day’s end, mistakes were starting to creep in. I called it quits a few minutes early because, you know, brain mush? Yeah, that was about the situation report across our entire group, with consensus aligned on making an earlier start the following day to attempt a remedy on the mistakes.

Posted by Felicity from Down Under on August 31, 2019 in Food

Tags: coffee and cakes, Inks & Thinks, lunchtime coffee, T-rex had small brains, with a side of garlic bread

oh, but IT should be simple! 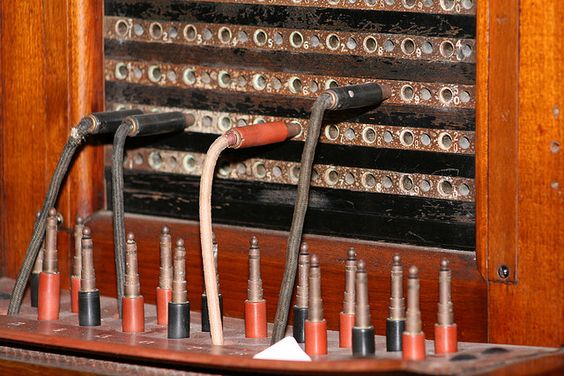 This is a silly image, but the fact that nothing connects is a good reflection of how my work IT has been behaving!

Someone said to me the other day that setting up the IT for work should be simple. I thought that “simple” and “IT” in the same breath ranked as an oxymoron. For some reason – doubtless in part due to its increasing complexity – IT is rarely simple. System-wide permissions are sometimes slow to reach the person responsible for implementing the action. It’s easy to spend a lot of time trying to do something for which you don’t have requisite access. It’s also frustrating at many levels.

And then there are the phones themselves. I was chatting with an adviser on our national IT helpdesk to try to sort out one of my ongoing problems. The bloke at the other end was trying to talk me through what to do, but the phone he was describing bore little resemblance to the phone I was using. We worked out that my phone was a newer model. Aah, well, yes, that did indeed make a difference. We still haven’t sorted out that particular problem but everything else seems now be working as it should.

Posted by Felicity from Down Under on August 29, 2019 in Musing

Tags: but you have to connect to something, IT - it isn't easy to get right, old-fashioned switchboard, telephony, trying to work

Eating up big while catching up on big changes.

In the restructure, many lives were shaken almost as savagely as the organisation. Recently, I caught up on the “who’s doing what” status of the full workforce over a long lunch at what is deservedly a favourite place for business breakfasts and long weekend lunches. It would appear that almost all who wanted work have found it and a few have retired perhaps a little earlier than originally planned. The several who originally had travel planned will do that prior to job-hunting, so their long-term status is still uncertain.

YoungB is also finalising travel plans for the coming year. He was doing that with mates while simultaneously introducing them to the delights of an Asian eatery hitherto unknown to them. Over a long brunch elsewhere he commiserated with another friend about the after-effects of their recent vaccinations: both are feeling somewhat sore.

Although the temperatures are still too low for comfort and certainly for eating outside, the sunshine does help to make everything a little less gloomy and dismal. And when your brunch is so big it’s genuinely enough to feed a hungry rower, then all you need is another mug of coffee to help wash it all down.

Posted by Felicity from Down Under on August 27, 2019 in Food, Rowing, Travel

I’ve remarked elsewhere that sometimes you travel a long way but don’t go far. Towards the end of last century, I moved to Adelaide to work. It’s what happens to most country kids, and some of us handle the transition better than others. I was gazetted to a position in a federal government department located in a building that’s still standing. I’m now working as a contractor for a (different) federal government department in a building about, oh, maybe three doors down from the other one (although on the opposite side of the street). It takes me about half an hour to get there, plus a bit of walking. I’ve made improvements along the way but returned to my starting point.

On the subject of starting points, YoungB is just finishing the last of the bliss balls (or protein balls or whatever they are – healthy snacks, maybe?). I just made another batch for him. I used slightly less peppermint this time, and a different mix of nuts (again, using what I had in the cupboard). I soaked the dates beforehand, which made the mixture much stickier and a lot easier to work. I think I’ve made an overall improvement there, too.

I am now about to improve off to bed in the hope that tomorrow brings fewer meetings and slightly more cooperative IT!

Posted by Felicity from Down Under on August 26, 2019 in Food

defuzzing my mitts that fit

Now, isn’t that a bit smoother?

In case you were wondering, I do actually tidy up my fingerless mitts now and then, using my defuzzer (aka fabric pill remover). There’s a variety available. Mine is battery operated and I’ve had it for years. It does a good job.

Those mitts were knitted in Bendigo Woollen Mills Murano, a sturdy 8-ply that’s now discontinued. I have a few leftovers that will doubtless contribute to more fingerless mitts. The colourways are delightful and the weightiness of the yarn perfect for keeping fingers warm. The base design is ideal for computer work, providing no inter-digit bulk to hamper ease of movement.

I’ve made many pairs of these mitts, some true to pattern, some – like those above – altered slightly.

May your mitts always keep you warm, and your fuzziness be controlled 😉

Posted by Felicity from Down Under on August 24, 2019 in Knitting

Slightly bumpier texture on what is technically the wrong side. It’s long enough that I can pull it over my nose on cold mornings!

I realised that I haven’t shared a photo of the reverse side of my completed CAL cowl. It’s not reversible in the sense of being the same on both sides, but certainly in the sense of being able to be worn either way. Therefore, I wear it both ways. Sometimes, I like the smoother texture against my skin.

As previously detailed, the yarn is Moda Vera Malibu, a pure wool 8 ply purchased at my LYS in April. I used a 5.75mm hook. For those using other measuring systems, it’s described on the hook as J/10. It wasn’t a complex project, and the resulting article has been a great addition to my wardrobe these last few weeks when winter has been biting hard. I know the sun is on the way back to us – and the mornings are noticeably lighter – but that memo hasn’t yet reached the planetary thermoregulation system.

May all your lovely cowls be fabulous for keeping you warm. If they’re reversible, that’s also fabulous 😀

Posted by Felicity from Down Under on August 22, 2019 in Crochet

ballsing up the peppermint levels

Bliss balls of a sort; not nearly as jaundiced IRL as this photo makes them appear!

Now that YoungB is working what might be considered more normal hours, he’s able to take better care of his health: he cycles to work a couple of times a week (weather and flat tyres permitting; remind to tell you about the day he used both his “one per day per parent” pick-up vouchers), and tries to take pre-packed lunches. Like many of us, he often has a little “mid-arvo-munchies” attack. Finding snacks that don’t contain life-threatening peanuts can be a bit of an ask. So what he did ask the other day was, “Mum, while you’re at home, would you be able to make me some protein balls, please?”

Luckily, YoungB is not bothered by other nuts. He and I discussed what should be in the protein balls. I did lots of googling, followed up on some recipes recommended by the Nieces, and – quite late last night – used this mix (it’s a combination of and/or substitution from several sources, largely dictated by what was already in the cupboard):

Whizz all ingredients in food processor till smooth (or as smooth as it will ever be with that many nuts) and a little bit oily; then roll into balls. Makes about 25 small protein balls.

As counterintuitive as it might sound, the mix was quite crumbly – perhaps I needed another oilier nut like cashews rather than almonds but I had plenty of almonds and no cashews – so I couldn’t roll it. I had to squeeze the mix in my hand. This limited the size of the resulting product. Uuh, ok: small hands meant small balls. Right?

I would then have rolled them in desiccated coconut but (a) I couldn’t find any in the cupboard and (b) even if I had been able to find any, it would probably have been old and past it. So I sprinkled them with cocoa powder instead.

YoungB tried one this morning. He said thank you and that they’re very nice, but maybe to use a bit less peppermint next time. In that regard, I note only that I’ve also given one a test run, and the peppermint level is about right for me. Dr B also approves. Because I used essential oil rather than essence, there’s perhaps a little more bite than might otherwise be the case.

Posted by Felicity from Down Under on August 22, 2019 in Food